Home » About us » Founder Chairman’s Desk

Mr. Mir, Founder Chairman, Cottage Industries Exposition Ltd. cannot recollect how old the business is, though CIE as it is today took formal shape in 1978. His forefathers, he knows, were in the business of selling silk carpets, and he simply inherited it.

"It must be two or three generations old," he says, attempting to put the legacy into some kind of perspective. The small business, possibly worth a few lakhs then, is today a thriving business worth billions in silk carpets alone.

Heritage Curator
CIE sources silk from China and employs a large pool of hand weavers in Kashmir to make its carpets. His buyers, both within and outside India, are those who see carpets as a piece of art and not just another household furnishing.

In more ways than one, hand-woven silk carpets and wines have a lot in common -- the price for both rises steeply with age; only a few can afford the best; and both need connoisseurs as buyers.

Not surprisingly, a good chunk of CIE's customers do not live in India. "These are customers who visit India on a private jet and probably spend more money buying a carpet than what they might spend as their travelling cost," Mr. Mir says.

Largest Exporter of Silk Carpets
India exports carpets worth Rs 2,500 crore (Rs 25 billion), 30 per cent of which are made of silk. And CIE is one of the largest exporters of silk carpets in the country, if sales to foreign tourists is deemed exports. According to the Carpet Export Promotion Council, there are very few other large players but only in the woollen carpet business from India.

At the heart of Mir's successful business is 1 lakh skilled weavers in Kashmir. Making carpets is a bit more complicated than weaving saris. "A good carpet takes anything between five months and five years to finish. Over 75 per cent of the carpet cost goes to the weaver and his family," Mr. Mir says.

The business model, however, works like the sari business. The patterns and designs are more or less pre-set. The CIE only gives indication of the minor improvisations that need to be done to suit buyer tastes. Here, again, the changes vary according to the market the carpet is intended for.

An American, for instance, is unlikely to buy carpets with strong or loud designs, or those with gold and semi-precious stones woven into the warp and weft of the weave.

Mr. Khan, a showroom manager at one of CIE's showrooms in Delhi, says there are over 200 designs in all in the Kashmiri lexicon. Each of these designs has a name that can be traced back to a family in the valley.

The design knowledge is passed on from generation to generation. Since handmade carpets are high gestation period products, the weaver and the seller have an arrangement of payment in installments. "His whole family works on a single carpet," says Mir.

CIE's network of showrooms also includes various owned by it. Today, CIE has outlets across the globe and in major cities of India. Prices of silk carpets may vary from a five digit figure to Rs 10 lakh (Rs 1 million). A CIE executive says there are even carpets worth a whopping Rs 1 crore. The selling is done through retail outlets spread across the world. Cities for opening showrooms are selected with great care. These are places that attract tourists in large numbers.

"The salesmen, wherever the showroom, are always Kashmiri. With their gift of the gab and their sentimental attachment to their art, they're ideal salesmen to convince carpet buyers," Mr. Mir says.

CIE's clientele has famously included the rich and famous from the world of business, politics and fine art. Henry Kissinger, Madeleine Albright and even Pope John Paul II own CIE silk carpets.

Mr. Mir's colleagues recollect the security breach Bill Gates had indulged in to visit a CIE showroom in Delhi. "He just sneaked out of a back door and went out to shop like a regular tourist. He sat on the floor to inspect the carpets while sipping kahwa (Kashmiri tea)," a CIE salesman says.

Over the years, CIE has widened its customer profile and geographies. Until the 9/11 attack, American tourists were its biggest patrons.

"After 9/11, Americans became cautions travellers. India ceased to be a favourite tourist destination. This happened with Europeans as well. However, we immediately expanded our network to Africa, Dubai and Bali, among other places, to counter the drop in sales in India," Mr. Mir informs. Sales dropped by almost Rs 100 crore after the terror attack on America.

9/11 was not the last threat to CIE's business. The SARS attack also affected business in South-east Asia. "When the Bali bombing happened, our business suffered. We expanded rapidly in Thailand and Mauritius. The process of doing global business is fraught with uncertainties. However, timely re-strategising has always paid dividends," Mr. Mir says.

However, in the end 9/11 also proved a blessing in disguise for Mir. The focus of business changed from product to location. "Earlier, our customers were tourists arriving by chartered flights. Now we sell to Iranians, Chinese, Thais and Cambodians, even though their spending power is less than half that of Americans or Europeans," Mr. Mir says.

Despite the shift of customer base, CIE's turnover has grown year on year. The world, quite literally, lies at its feet. 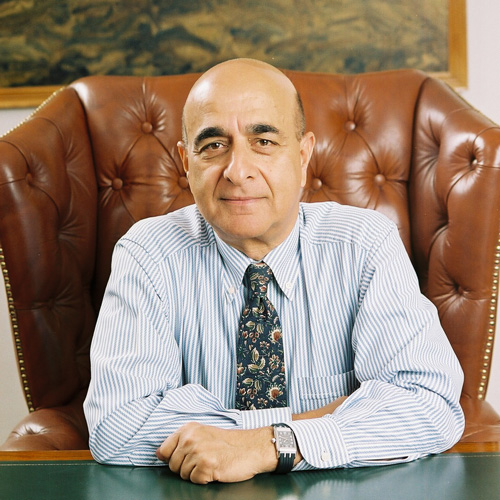 Cottage Industries Exposition Ltd was established in 1978 as an export-trading house.

The small business, possibly worth a few lakhs then, is today a thriving business worth billions in silk carpets alone. CIE's network of luxury outlets are spread across the world at key tourist locations like in Indonesia, Thailand, Cambodia, Mauritius, Dubai, Abu Dhabi and many cities in India.